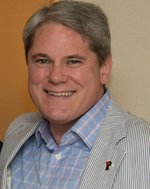 Sean P. Madden, CFA is an investor, attorney and transgender rights ally and advocate. Sean previously founded and served as Chief Investment Officer of Loch Cliff Advisors, a value-oriented asset management firm. Prior to establishing Loch Cliff Advisors in 2009, Sean spent ten years at Investcorp International Inc., most recently as a Managing Director in the Private Equity group where he was a partner level executive responsible for sourcing, evaluating and executing middle market buyouts from inception through monetization. Before Sean joined Investcorp, he was a Vice President in the Leveraged Finance Group of Credit Suisse First Boston, where he provided financing and advisory services for a broad range of corporate and financial sponsor clients. He previously practiced corporate law in New York with Cravath, Swaine & Moore and served as a law clerk for Judge Joseph M. McLaughlin of the United States Court of Appeals for the Second Circuit.

Sean holds a BSc in Economics with a concentration in Finance from the Wharton School of the University of Pennsylvania, a BA in Political Science also from Penn, and LLM and JD degrees from Fordham University School of Law where he was Valedictorian of his JD class. Sean has earned the right to use the Chartered Financial Analyst (CFA) designation.